Munich, Germany, September 10, 2022 – CatalYm, today presented data from its first-in-human GDFather-1 trial (GDF-15-neutralizing antibody-mediated human effector cell relocation) at the European Society for Medical Oncology (ESMO) Congress 2022 held in Paris, France. The clinical trial evaluated the GDF-15 neutralizing antibody visugromab (previously known as CTL-002), in combination with anti-PD-1 therapy nivolumab in advanced-stage solid tumor patients who had exhausted all previous lines of treatment and had relapsed on or were refractory to prior anti-PD-1/PD-L1 treatment. The data presented during today’s oral “Investigational Immunotherapy” session showed an excellent safety and tolerability profile as well as significant tumor regression at therapeutic doses and lasting response levels in a patient population with an otherwise poor prognosis.

The presentation at ESMO by International Coordinating Investigator Prof. Dr. Ignacio Melero Bermejo, MD, Co-Director of Immunology and Immunotherapy (CIMA) at the Universidad de Navarra, Pamplona/Spain builds on the interim analyses announced in October and November of 2021. The current analysis reconfirms the excellent safety and tolerability profile with no dose-limiting toxicity observed and no grade 4 or 5 treatment emergent adverse events (TEAE). Pharmacokinetics and pharmacodynamic data indicated complete neutralization of GDF-15 with no signs for formation of anti-drug antibodies that could affect efficacy or safety. Furthermore, triple tumor biopsy analyses revealed a tumor-selective increase in CD8+ and CD4+ T cell infiltration following visugromab monotherapy treatment in the majority of patients investigated which continued under the addition of nivolumab. In addition, the majority of patients analyzed showed an increase in T cell proliferation and Granzyme B expression in the tumor microenvironment with both monotherapy and combination, reflective of the induction of an adaptive immune response.

“These mature Phase 1 trial data clearly demonstrate the significant clinical potential of visugromab in a highly refractory solid tumor patient population. Neutralizing GDF-15 in last-line tumor patients that also have failed prior anti-PD-1/PD-L1 therapy may offer a new and promising treatment regimen for patients that have exhausted all other options,” said Prof. Dr. Eugen Leo, Chief Medical Officer at CatalYm. “The outcome of the pharmacodynamic and biomarker analyses is very promising as it not only provides a robust proof-of-mechanism for visugromab at this early stage of development, but also identified valuable biomarkers of interest that can support future responder-patient selection strategies.”

Dr. Phil L’Huillier, Chief Executive Officer at CatalYm added: “Today’s results demonstrate the progress we have made in executing on our goal of providing novel treatment options by targeting GDF-15 to overcome the immunosuppression challenges seen in GDF-15 expressing tumors. I am grateful to the patients and clinicians participating in the trial and my colleagues at CatalYm, who enabled the delivery of our clinical phase 1 development program in solid tumor indications ahead of time. Following these excellent results that demonstrated active drug properties, we launched a broad multi-arm Phase 2 development program (GDFATHER-2) in early 2022 and anticipate sharing additional updates in the near future.”

At data cut-off, 6 out of 18 patients on dose levels three to five (DL3-5) in combination with nivolumab experienced significant clinical benefit with overall tumor regression rates of 22% (for DL3-5) and 25% (for DL4-5) and several partial remission and long-term stable disease. Three out of the six patients (one with cancer of unknown primary origin, one with mesothelioma, one with hepatocellular cancer) achieved a confirmed partial response (PR): one continuing currently up to and beyond 12 months of treatment, together with a long-term stable disease patient. These data demonstrate an encouraging clinical benefit at higher dose levels in this highly refractory, last-line patient population. The PRs occurred in patients that were in fourth, fifth and seventh line of treatment.

In addition, potential predictive biomarkers were identified that may allow selection of optimal target population for visugromab treatment. When applying these biomarkers retrospectively (present in roughly 1/3 of all last-line patients investigated), a PR rate of up to 50% and a Clinical Benefit Rate > 65% would have been achieved. A confirmatory clinical exploration of these findings is in preparation.

Based on the promising results the company has already initiated the Phase 2 GDFATHER-2 study earlier this year. The on-going study includes different cohorts, representing several main tumor types of interest to further evaluate clinical efficacy as well as safety, pharmacokinetics, and pharmacodynamics including broad biomarker evaluations. The phase 2 program will enroll up to 162 patients at clinical trial sites in Spain, Switzerland and Germany. Early data readouts are expected to become available mid next year.

CatalYm has identified GDF-15 as a central regulator of the immune system in the tumor microenvironment. We are pioneering the reversal of GDF-15-mediated immunosuppression to induce a potent antitumoral immune reaction in non-responsive tumors. CatalYm’s lead program CTL-002 is poised to demonstrate clinical proof-of-concept in multiple solid tumor indications which will expand the treatment horizon for current and future immunotherapies.

About the GDFATHER-1 and -2 Trials

The GDFATHER-1 trial (GDF-15 Antibody-mediaTed Human Effector cell Relocation phase 1/2) (NCT04725474) is the first-in-human trial of visugromab and did investigate the effect of CTL-002/visugromab as monotherapy and/or in combination with a PD-1 checkpoint inhibitor in patients with advanced-stage, relapse/refractory solid tumors, that also had been relapsed/refractory to prior anti-PD1/PD-L1 treatment. The trial conducted a dose escalation with 25 patients receiving escalating doses of visugromab in a “3+3” manner with the lead candidate given as a monotherapy for two weeks and then followed by combination with an anti-PD-1 checkpoint inhibitor that continued until progression.

The recently initiated GDFATHER-2 program consists of several phase 2 cohorts in distinct tumor indications of interest and a soon to start biomarker-defined additional cohort in mixed solid tumors, enrolling up to 162 patients in Simon-2-stage designs to confirm a certain response rate within each tumor type. Additional trials and cohorts will be added in late 2022 and first half of 2023.

Visugromab, formerly known as CTL-002, is a humanized, monoclonal antibody designed to neutralize the tumor-produced Growth Differentiation Factor-15 (GDF-15). GDF-15 secretion by the tumor has been shown to prevent T cell migration into the tumor and suppresses T cell function and the adaptive immune response in the tumor microenvironment. This enables the tumor to evade the immune system and become resistant to standard of care and current immunotherapy approaches such as checkpoint inhibitors. Visugromab counteracts these immuno-suppressive mechanisms by neutralizing GDF-15, enhancing the infiltration of immune cells into the tumor, improving both priming of T cells by dendritic cells and tumor killing by T cells and NK cells. 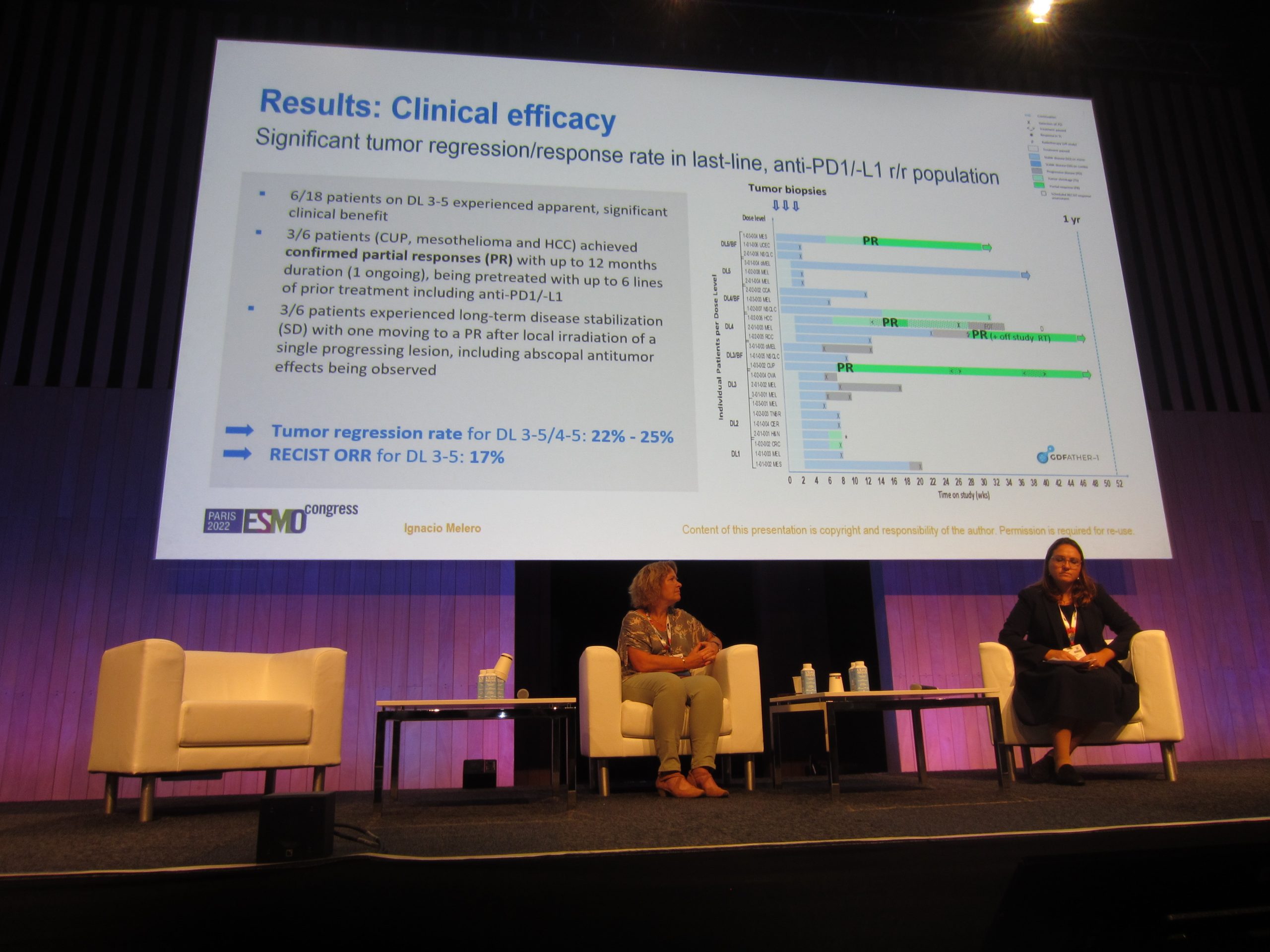 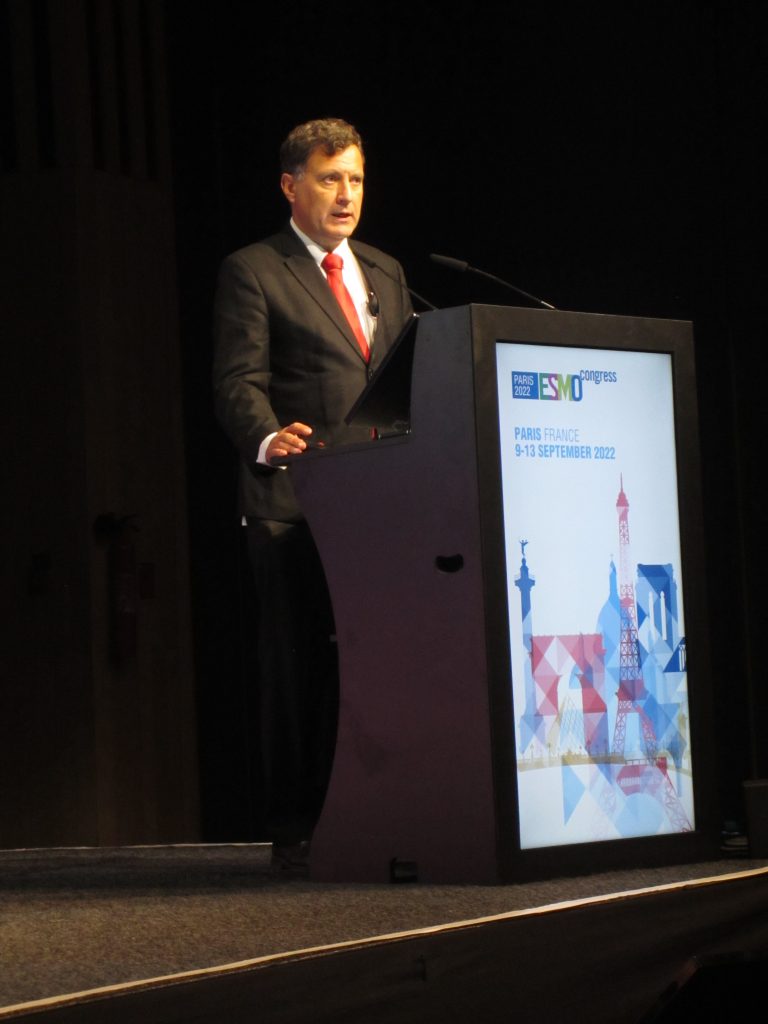 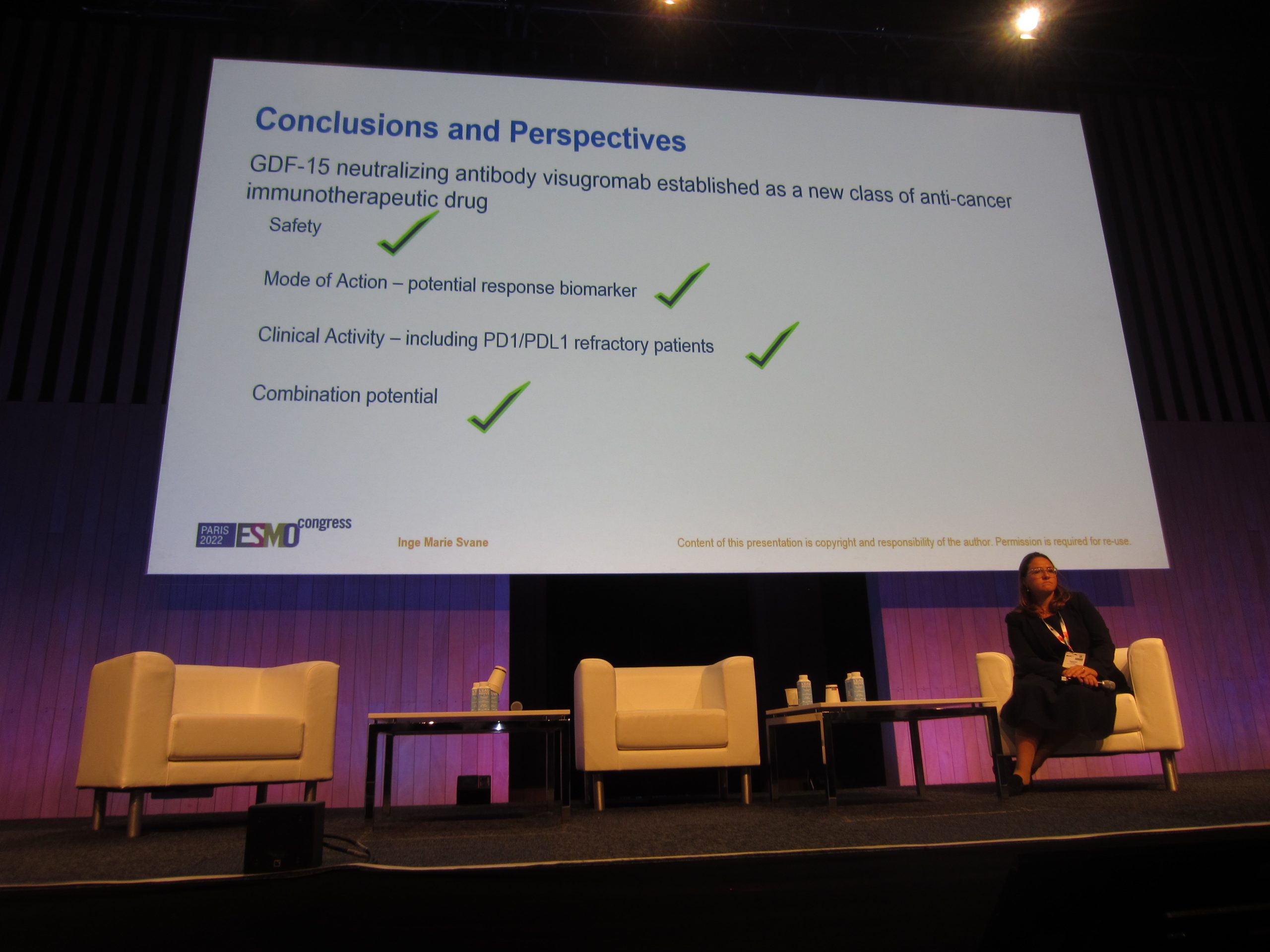